THE FIRST YEAR OF (PART-TIME) SCHOOL – LOOK BACK

At the beginning of the school year I wrote a blog about going to school part-time (in the Netherlands “group 1 & 2” which is Kindergarten in most countries) and that we chose to do this and why. Since then I had many questions about how this year went. Now that the summer holiday has started it seemed like a good moment to look back and reflect.

Our reasons for part-time school
So first a summary of why we chose for Liv to go to school part-time:

The start
We started with 3 half days. I heard from different people who started out like this, that after some time a lot of kids don’t want to be picked up as the only one in the middle of the day. That’s why I thought it would be Liv who would say when she was ready for full days in school, but nope. In the beginning she was very tired when I picked her up, but after a while she was full of energy after a morning in school. A few times I said to her: “If you aren’t tired you could stay in school, right Liv?”, but the answer was always: “no mom, I don’t want to”. When the first holiday was almost there in October and she did perfectly fine the whole week, I decide to bite the bullet and I told her she was doing 3 days of school after the holiday. Monday (a whole day), Wednesday (a half day) and Friday (a whole day). I thought if we have to wait for her, she would probably still go half days haha.

And then
We decided we would keep this routine till Liv would say she wanted to go more often, but that day never came 😉 She did enjoy herself in school this school year, but getting up early was the hard part. Besides that she had 6 (!) different teachers this year, because of changes and just bad luck and that didn’t help in creating a bond with any teacher. After the covid-19 period Liv’s new teacher said that when Liv would sleep in on Thursdays and then wanted to go to school that she was welcome and this is what we did in the last few weeks of school. First sleeping in and then to school: worked perfectly! I said it before and I’ll say it again: if school would start at 10AM, she would definitely be in school more!

How did it go?
If you ask us: we thought this year went very well. A few things people asked beforehand:

And so on, but nothing has been relevant. The only thing that was important for us (and I think for many) is that Liv would be happy after a day in school. For us it wasn’t important what she could or couldn’t do, but a lot of things just happened. She knows a lot of letters, she can write a little (few words), read a little, simple calculations, simple assignments and so on. She has plenty of friends, does very well socially in class, she likes to be in school: just a year every parent would wish for their children and nothing to be worried about!

All the kids in Liv’s class knew she wasn’t there on Tuesday’s and Thursday’s and the teachers explained this in a nice way, everybody just knew and it was fine. I also explained to Liv why this was possible the way we did it and what would change when she would turn 5. She knows she has to go to school 4 days a week next school year and can only stay at home for 1 day, so I’m sure this will go well.

I really liked the days with Liv at home, but it would have been fine too if she just had gone to school, because I had plenty to do haha. I tried to stimulate her, but the choice was hers on Tuesdays and Thursdays. Apart from that, the transition to the covid-19 period and back went smoothly and without any problems, she was just fine with the whole situation.

Getting up early
This is still “a thing”. Getting up early is hard and I hope when the new school year starts she will have a little less trouble. She did grow a lot this year and she already does a lot better. We will set our alarm at 8 for the coming weeks, because if we let Liv decide her rhythm will be 9.30PM till 9.30 AM. It will slowly change if we don’t set an alarm.

Next school year
So next year Liv will have 1,5 day extra comparing to this year. She will only be at home on Wednesdays. Will see how that will go. Her teachers said she seems tired in school, but I’m not sure if they are right. She does have trouble starting the day in the morning and she is a little dreamer 😉 She is full of energy if school is out, so I think she’ll be fine in school for 4 days a week next year. If not, we can apply for 5 hours extra so she has 3,5 days in school, but I don’t think that’s necessary.

If you have the chance: go for it!
So if you ask me I would say: if you have the possibility: do it! Never a tired kid at home, normal play dates, no learning delay and above all: nice company at home. If, of course, you have a “Liv-type of child”, because it might not be the best solution for every kid 😉 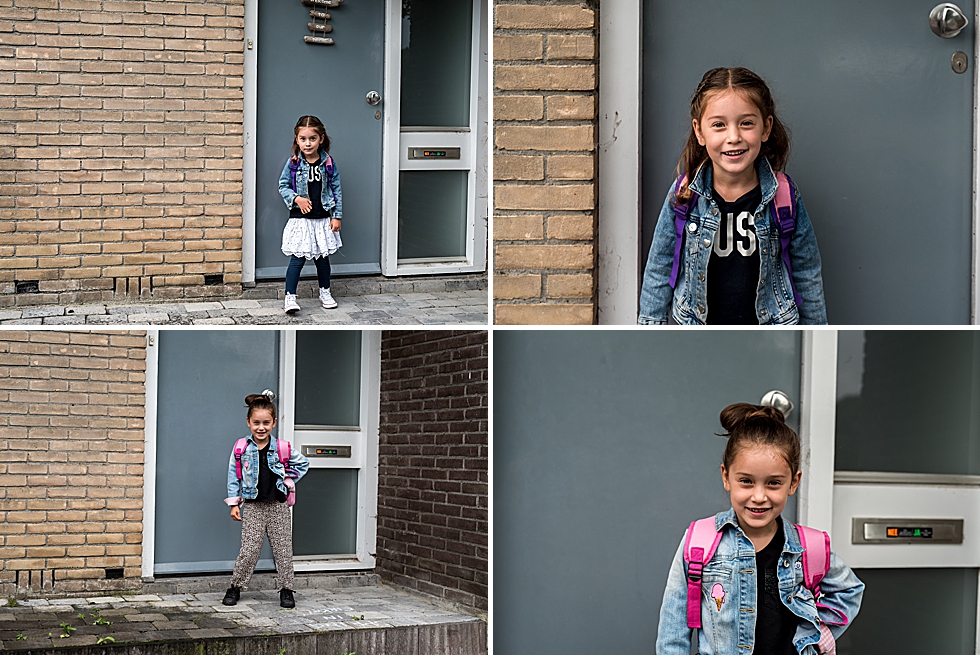