The way it was supposed to be | Two beautiful water births

The way it was supposed to be | Two beautiful water births

In August of this year I documented 2 beautiful home births in the water. Both parents would like to keep the photos private, so I unfortunately I won’t be able to show you all the beautiful photos or their amazing stories.   Luckily I can show a few 🙂

The first birth that I documented was a third child. A girl, named Charlotte! Her big brothers were there to cut the umbilical cord, such a special moment! A lot of people ask me if the water doesn’t get dirty if you have your baby in the water, but as you can see on the photo in color, this is not the case!

The second birth I documented was also at home. Gijs, the big brother, just went to bed when his little brother Huub swam into this world. What was extra special was that I was abel to take photos while Huub was still under water. The question that I hear the most is: “are they able to breath if you leave them in the water?” The answer is yes, or well, they don’t actually breath yet. As long as they are under water they think they are still inside of their mom and they will receive oxygen through the umbilical cord. As soon as the baby reaches the surface and takes his first breath, his longs start to work! Fascinating right?! 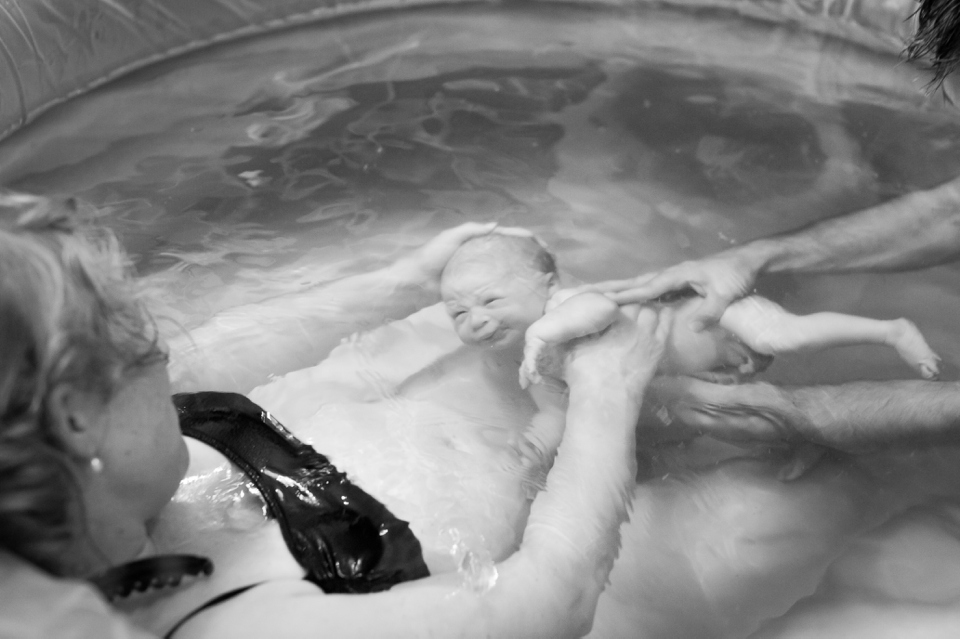 It was so special to document those 2 water births and I can’t wait till the next one!